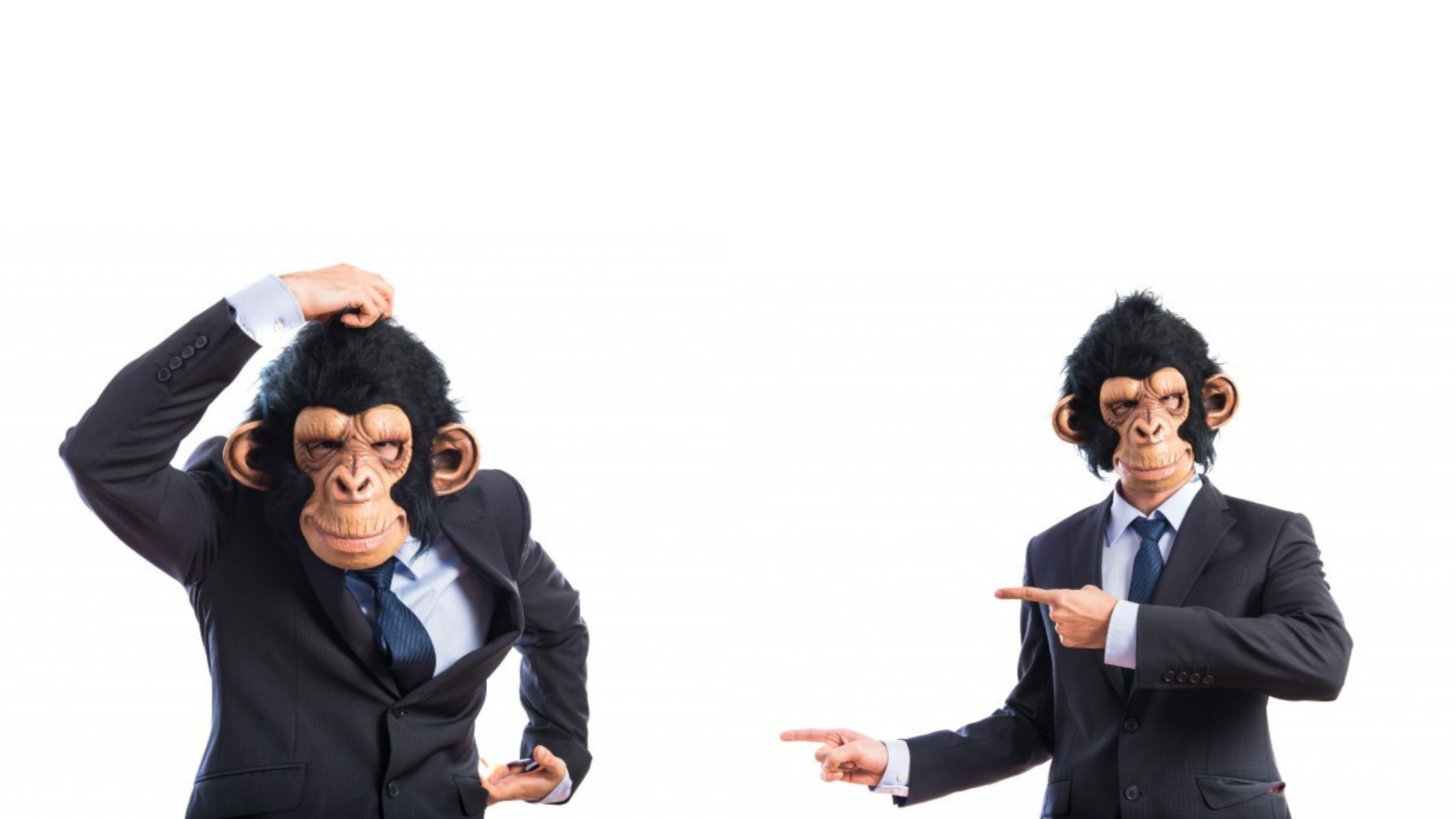 It was our Sunday ritual to visit the local guardian of one of our batchmates Saurabhi. Her aunt used to live nearby and we were often invited to Aunt Rajjo’s house for lunch. I, Priya and Saurabhi saw it as a great opportunity to ditch bland hostel food and get some home-cooked delicacies.

One peculiar Sunday when we were chit-chatting amongst us at her place, a little monkey entered the house from the backyard. “Rohit must have left the gates open”, exclaimed Rajjo aunty.

She reached for a broom and ran towards the kitchen. The baby monkey had opened the fridge and began eating the gulab-jamuns which aunty had prepared as desserts. “Shoo Shoo”, she cautioned him. But he did not waiver and kept devouring the sweets. Ultimately, she showed him the broom. The monkey got frightened and immediately escaped through the back gate. The refrigerator was a disaster to even look at.

A few moments later, a very large monkey- must be his Dad, came marching inside the house and I could tell from the look on his face that he was pretty angry. He immediately recognised the one who had shooed his baby as aunty was still holding the broom in her hands. “That little thing had narrated the whole incident to his Dad so quickly”, I felt little amused, even at the chaotic hour.

The Papa monkey ran towards the aunt and started insulting her in his animalistic ways. He started shredding her clothes with his hands as a sign of anger and a warning.

Rajjo aunty was terrified to the core and she was basically grabbing anything in her way to get rid of the Papa monkey. She finally took refuge behind me. Now we looked liked howling train carriages one behind the other- I being the engine and the three of them- Rajjo aunty, Priya, Saurbhi behind me as the sub-carriages.

And I thought the end had finally come. The monkey was now only two inches away from my face. “Oh God, not the face”, I murmured in my mind. With his paws so near to my lovely face, I had only one option. I called for divine help. I thought of Lord Hanuman for a fraction of seconds. Then, there was a knock at the gates. Rohit had returned from the market.

On hearing a loud voice, the Papa monkey became cautious and quickly left the house. He had already done his part of warning aunty for shooing his baby away.

Four years passed by and I was a working professional now. It was a usual day at work. We were having lunch. Meanwhile, a boy in his late twenties had come to enquire about his father’s loan accounts and had a little bit of argument with the Manager. The kid did not mind his tone while talking and thus things got a little haywire. The boy was shooed away from the premises. When we came to our respective seats, a man came howling – which I supposed to be the “Papa Human” and he immediately recognised and started cursing the one who had shooed his baby.

A lot of cuss words were heard from the Papa human. Life threats rolled out of his mouth. “The boy had narrated the whole incident in a twisted way to his father”, I felt rather disgusted.

The Papa human was standing two inches away from the Manager. I thought he was going to beat him up. Although, I was not the victim this time yet that hardly made any difference. My body responded the same way as before. I was trembling with fear and anger.

My mind was busy equating the two situations. But somehow this equation doesn’t seem to be balanced in my mind. The monkey’s side felt lighter.

He seemed more civilised and less animalistic in his behaviour even if he would have scratched my face that day! It was okay for the monkey to exhibit such animalistic behaviours as it is the best he could have managed at his level of evolution.

Even though we as humans claim to have civilized, incidences like these force you to gaze deep behind all the forgeries of civilization and makes you realise how savage we are. It makes me question- Have we really evolved or the beast shall remain untamed?