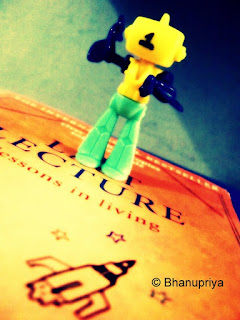 At this age also I’m a die-hard fan of animated cartoon movies. I don’t feel shy to say it out loud. These movies are so full of positive vibes, so beautifully visioned and hold a very beautiful moral for the viewers. When I finished watching “Wreck It Ralph”, it did make me think that what if throughout your whole life you were told that you were a “glitch” and somebody else was living the life that was made for you. Isn’t the mere thought, scares the hell out of you! It scared me too .Believe me not all of us comes to this realization and spends our whole life serving under and not fulfilling the true life purpose ever. But inside few heads, the thought always hover that they were the protagonists. And like in the movie the girl who believed that she wasn’t a glitch but a very valuable part of the game ends up discovering that she was indeed the princess of the whole game! The place which was taken up deceivingly by another game’s character.

All my life, I believed I was a low profile actor who was introduced in the story to be a helping hand, a crying shoulder and a secret diary to the so-called protagonist. But in my head I always knew I wasn’t the one what I settled for. I was so much more. This realization came when I met some extraordinary fellow lives who saw it in me right from the start. And with time this realization grew stronger and I was no longer accepting to be a glitch but claim my stake to what belonged to me. With my belief and determination, one day I was able to out throw the one who didn’t belong to my story. I became the protagonist of my story for real and not just in my head. And it felt so good because I could now steer my life to the places which mattered to me and enjoy the freedom of choosing and not accepting what was being offered. The thing is don’t ever think you are a glitch or some low–profile actor. You are protagonist and your story belongs to you. Always listen to your heart, it will move you to achieve your highest potentials and do the amazing things!

Elevating your consciousness – What a spiritual guru could do